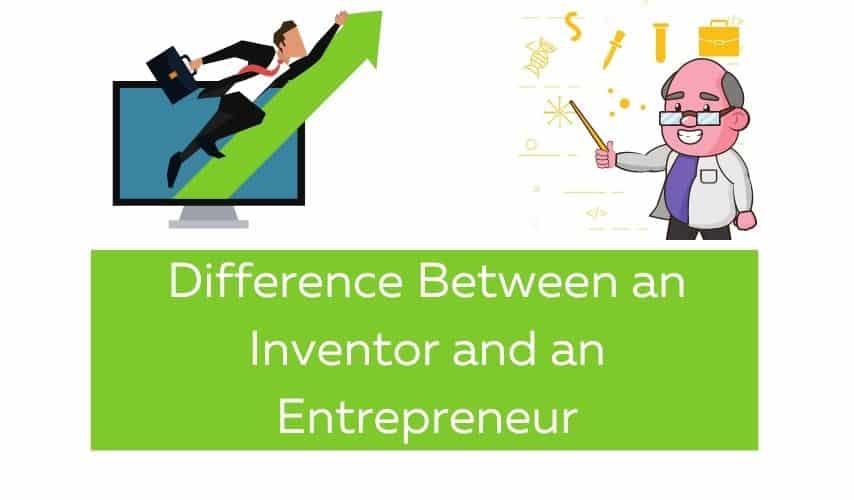 It might sound a little obvious, but if you are an investor, you create things. Usually, their primary focus is creating new things. They get ideas for products, services, or processes that can solve a real-world problem. The invention could also just change the way we do things. This could be anything from serious to fun.

As you can see, not everything on the above list is serious. There are also food items and fun things like the Rubik’s cube or the CD Player. Regardless of what was invented, someone had to come up with the idea and see it through completion.

Some of these items most people still use every day, such as email and the internet. Some things are still used sparingly, but they have been built upon with new technology.

The list illustrates how some inventions last for a really long time and others are simply built upon. Still, the initial idea is vital to the new versions of that idea.

Inventions can be anything. It could be a scientific process, a service that has never been offered in a specific way before, a new type of food, a game, or a toy. The list is endless.

So how does an inventor invent something? Usually, there is a whole process involved. In many cases, they start with a problem they want to solve and brainstorm possibilities. Then, if they come up with something that they think will solve that problem, they create a proof of concept.

A proof of concept is evidence in some form that comes from a series of experiments. This evidence demonstrates that something (business proposal, product, service, a design) is feasible and does whatever the inventor sets out to do.

For instance, when the Gameboy was created, they may have been trying to make a similar but different gaming experience as the NES. This would provide another stream of revenue for the company while at the same time allowing their customers to be entertained wherever they were.

Read: How do angel investors get paid back?

Characteristics of an Inventor

To be a successful investor, you must have many different characteristics. Here are 9 traits that most people, even those who only dabble with inventions, have.

An entrepreneur is someone who creates a business. This business could be based on one product on many.

They could offer many products or services or just one. Regardless, their job is not just creating the product or service, often times they do not even do that.

Instead, they build a business that includes selling this product or service to customers or clients and participating in other marketing, advertising, customer service, bookkeeping, and labor.

Read: How to get funding for startup without giving up equity

Notable Entrepreneurs of our Time

Here is a list of 15 entrepreneurs – most of the names you will recognize, but the ones you do not, you will know their products and companies.

So let’s take a look at people who started out with an idea and turned it into a worldwide product or service, as well as becoming more financially stable than most people’s wildest dreams.

As you can see, the entrepreneurs are all in different fields. Some of them created services, and some made products. Some of them actually invented a service or product. Still, after the initial invention, their focus changed to the business side of things.

Read: What Are the Benefits and Risks of Social Entrepreneurship?

Characteristics of an Entrepreneur

To be successful as an entrepreneur, you will need to have many different traits. Here are 9 characteristics that most successful entrepreneurs have.

Can You be Both an Inventor and an Entrepreneur?

It is possible to be both an inventor and an entrepreneur, but it is rare. The majority of the people who invent a product or service and then run the business are not creating new things. Whether you are an entrepreneur or an inventor, this typically takes all your time and energy. It is not likely that you will do both for an extended period.

Innovation – where Entrepreneurs and Inventors Meet

One of the things that both entrepreneurs and inventors have in common is that there are innovators.

An innovator is a person who creates new products, methods or comes up with new ideas. Someone who spends their time inventing new things and ways to do something is all about innovation.

Entrepreneurs are innovative in the products they sell, the ways services are offered, or their methods while running their business.

Hopefully, now you have a better understanding of the question what is the difference between an inventor and an entrepreneur, and you understand which one of these categories you fit into.

Bijay is an entrepreneur and start-up founder having more than 14 years of IT industry experience. He is the co-founder of TSInfo Technologies, a SharePoint development company.

He is also a Microsoft MVP for his contibutions towards Microsoft technologies like SharePoint, Office 365 or Microsoft 365. And an author of a SharePoint book.